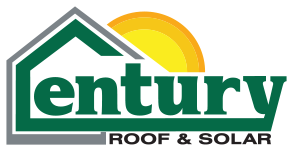 Below you will find some commonly used terms dealing with the solar power industry.

Electric current in which the direction of flow is reversed at frequent intervals, usually 100 or 120 times per second (50 or 60 cycles per second or 50//60Hz).

The angle between the horizon (a horizontal plane) and the sun’s position in the sky, measured in degrees.

Ampere or amp (A) --- the unit of measurement for the electric current. One amp is produced by an electric force of 1 volt acting across a resistance of 1 ohm.

Annual solar savings --- the amount of energy saved by the power generated by a solar system.

Any number of photovoltaic modules connected together to provide a single electrical output at a specified voltage. Arrays are often designed to produce significant amounts of electricity.

The amount of heat energy required to raise the temperature of one pound of water from 60 degrees F to 61 degrees F at one atmosphere pressure. Roughly equivalent to the amount of energy released by burning one stick match.

The percentage of electrical energy that a solar cell produces compared to the total amount of energy that is converted from the sun falling on the cell under standard testing conditions.

A system of conductors that convey electricity.

A safety device that shuts off power when it senses too much current.

Lights that use a lot less energy than regular light bulbs. We can use compact fluorescent lights for reading lights and ceiling lights.

A material that is used to convey electricity, i.e. wires.

A type of PV cell made from a single crystal or polycrystalline slice of silicon.

The flow of electric charge in a conductor between two points having a difference in potential (voltage.)

Electrical current that flows only in one direction. The kind of electricity is generated by a solar system and is converted into ac power by the inverter. It is the most common form of electricity used in everyday disposable batteries.

Full sunlight falling directly upon a collector. Opposite of diffuse insolation.

Switch gear used to connect or disconnect components of a PV system for safety or service.

The ratio of output energy to input energy. Expressed as a percent.

Path followed by electrons from a power source (generator or battery) through an external line (including devices that use the electricity) and returning through another line to the source.
Electric Current --- A flow of electrons; electricity.

The ability to do work. Stored energy becomes working energy when we use it.

A survey that shows how much energy you use in your house, apartment, or business. It can indicate your most intensive energy consuming appliances and even identify heating and cooling leaks that will help you find ways to use less energy.

The time required for any energy producing system or device to produce as much energy as was required in its manufacture.

One billion watts. One million kilowatts. One thousand megawatts.

A distribution network, including towers, poles, and wires that a utility uses to deliver electricity.

A solar system that is tied in to the utility’s network. When generating more power than necessary, the system supplies the surplus to the grid. At night, the system draws power from the gird.

A PV system that includes other sources of electricity generation, such as wind or fossil fuel generators.

Devices that convert DC electricity into AC electricity (single or multiphase), either for stand-alone systems (not connected to the grid) or for utility-interactive systems.

Light that shines onto the surface of a solar cell or module.

Sunlight, direct or diffuse; from “incident solar radiation.’ Usually expressed in watts per square meter. Not to be confused with ‘insulation.’

Materials that reduce the rate or slow down the movement of heat.

A conductor within a module or other means of connection which provides an electrical interconnection between the solar cells.

The amount of solar energy that strikes a surface during a specific time period. Measured in kilowatts.

An electrical box designed to be a sage enclosure in which to make proper electrical connections. On PV modules this is where PV strings are electrically connected.

A unit of electrical power, one thousand watts.

Life-cycle cost --- An estimate of the cost of owning and operating a system for the period of its useful life; usually expressed in terms of the present value of all lifetime costs.

Anything that is connected to an electrical circuit and draws power from that circuit.

A type of solar cell made from a thin slice of a single large crystal silica.

Material that is solidifies at such as rate that many small crystals (crystallites) form. The atoms within a single crystallite are symmetrically arranged, whereas crystallites are jumbled together. These numerous grain boundaries reduce the device efficiency. A material composed of variously oriented small individual crystals. (Sometimes referred to as polycrystalline or semi-crystalline).

A practice used in conjunction with a solar electric system where your electric meter tracks your net power usage, spinning forward when you use electricity from the utility, and spinning backward when your system is generating more electricity than you need.

Placement according to the compass directions, north, south, east, west.

A term used to describe a solar module.

A building that utilizes non-mechanical, non electrical methods for heating, cooling and/ or lighting.

The maximum load, or usage, of electrical power occurring in a given period of time, typically a day.

This is the conversion of visible light into electricity. Photo means “light”, voltaic means “electric.”

An interconnected system of PV modules that function as a single electricity-producing unit. The modules are assembled as a discrete structure, with common support or mounting. In smaller systems, an array can consist of a single module.

The smallest semiconductor element within a PV module to perform the immediate conversion of light into electrical energy (DC voltage and current).

The smallest environmentally protected, essentially planar assembly of solar cells and ancillary parts, such as interconnections terminals, [and protective devices such as diodes] intended to generate DV power under un-concentrated sunlight. The structural (load carrying) member of a module can either be the top layer (superstrate) or the back layer (substrate).

A complete set of components for converting sunlight into electricity by the photovoltaic process, including the array and balance of system components.

An abbreviation for photovoltaic.

Any material that has a limited capacity for conducting an electric current. Certain semiconductors, including silicon, gallium arsenide, copper indium dislenide, and cadmium telluride, are uniquely suited to the photovoltaic conversion process.

A chemical element, atomic number 14, semi-metallic in nature, dark gray, an excellent semiconductor material. A common constituent of sand and quartz (as the oxide). Crystallizes in face-centered cubic lattice-like a diamond. The most common semiconductor material used in making photovoltaic devices.

Energy from the sun. For example, the heat that vuilds up in your car when the windows are closed is solar energy.

That moment of the day that divides the daylight hours for that day exactly in half. To determine solar noon, calculate the length of the day from the time of sunset and sunrise and divide by two. The moment the sun is highest in the sky.

The inverter consists of a DC source, four switches are power semiconductors that can carry a large current and withstand a high voltage rating. The switches are turned on and off at a correct sequence, at a certain frequency. The square wave inverter is the simplest and the least expensive to purchase, but it produces the lowest quality of power.

A solar system that operates without connection to a grid or another supply of electric battery bank stores unused daylight production for nighttime power. Commonly used in remote regions as mountains, ocean platforms or communication towers.

The installation of mounting brackets to a roof for the purpose of securing a solar array to a roof top. These brackets are usually waterproofed with a common roof plumbing flashing.

The momentary start-up condition of a motor requiring a large amount of electrical current.

A layer of semiconductor material , such as copper indium diselenide, cadmium telluride, gallium arsenide, or amorphous silicon, a few microns or less in thickness, used to make photovoltaic cells.

Angle of inclination of collector as measured in degrees from the horizontal. For maximum performance solar collectors/modules should be set at a perpendicular to the sun.

A system capable of rotating independently about two axes and following the sun’s orientation and height in the sky (e.g., vertical and horizontal.)

A thin sheet of semiconductor material made by mechanically sawing it from a single-crystal or multi-crystal ingot or casting.

The unit of electric power, which is the rate of energy production, or the amount of energy consumed per time. One ampere of current flowing at a potential of one volt produces one watt of power.

A unit of energy equal to one wall of power being used for one hour.

The shape of the curve graphically representing the change in the AC signal voltage and current amplitude, with respect to time.